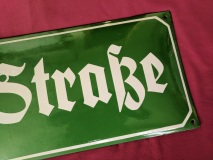 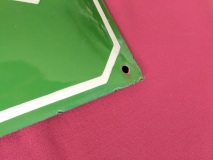 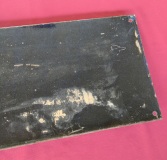 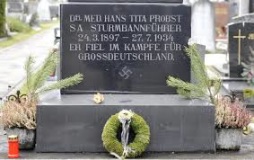 ​Hans Tita Probst was a Strumbannfuhrer of the SA, which was forbidden in Austria. He was shot in July 1934 as a participant of the attempted Nazi putsch to overthrow the Austrian government. Four years later, when the Austrian Nazis and their cooperators had come into power, his urn was solemnly entombed.

​The sign is finished in green and white enamel and has only slight weathering to the finish. The piece measures 110cm by 32cm.

The Inscription on his tomb reads:

"He died in the struggle for a Great Germany"

NB; DUE TO THE WEIGHT AND NATURE OF THIS ITEM ADDITIONAL POSTAL COSTS WILL BE INCURRED.